How Long After Microblading Can I Get Pregnant? 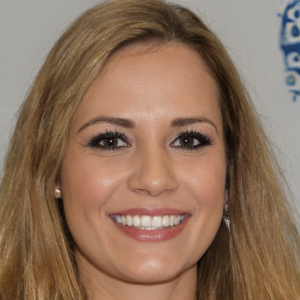 With striking, bushy eyebrows being fashionable and more popular than ever, it’s hard to think back to the days when super-thin eyebrows plucked to within an inch of their life was the hottest trend in the beauty industry.

Eyebrow pencils and Eyebrow gels rather than tweezers are the must have make-up tool for your eyebrows, but there is a semi-permanent way to achieve a fuller, natural looking eyebrows.

It’s called microblading, and you can undergo this procedure at countless beauty salons across the country.

But what is microblading? It’s a semi-permanent makeup technique that creates fuller, more natural looking eyebrows.

A technician uses  a small handheld blade of microneedles to make hair-like strokes on the basal layer of the epidermis (the outermost covering of skin). The embedded pigment resembles individual hairs and the results can last for 1-3 years.

Microblading enhances your natural features by creating a fuller brow look. Have you over plucked your brows? Are your eyebrows missing tails? Are they patchy, or are you just after that thicker brow look? This is where microblading comes in, and it looks completely natural.

But before you book a microblading appointment, there are a few things you need to know. No cosmetic procedure is without its side effects, and if you’re trying to get pregnant or are pregnant the side effects of microblading are worth paying attention to.

Why get your eyebrows microbladed?

When you think of enviable and coveted beauty features, eyebrows may be the last things that come to mind, but eyebrows are actually so important.

They accentuate the eyes, shape your face, and play a huge role in how you communicate.

Many microblading clients undergo the procedure to make use of their existing eyebrow shape or improve what’s there if their eyebrows are the victims of over-plucking or natural eyebrow hair loss.

Patients who have lost their brows from chemotherapy can get microblading to improve their confidence, and to feel more like themselves.

It can also be done before chemotherapy to avoid losing an important facial feature.

Think of how much time you’ll have in your morning routine, knowing you don’t have to use an eyebrow pencil to draw on your eyebrows. You just wake up and there they are – amazing!

What are the risks of microblading in pregnancy?

As we’ve mentioned, every beauty treatment has its side effects.

You may notice some flaking and scabbing after the microblading process, and there is always a risk of infection every time the skin is cut. But the risk of infection is reduced if you properly treat the area.

The best way to do this is to keep the area moist with Vaseline or Aquaphor to avoid scabbing, as well as keeping the area dry for a week or so afterwards.

You also should avoid picking at any scabs or rubbing your eyebrows during the healing process so no pigment is being released.

Some people may also develop an allergic reaction to some of the products used like latex, pigment, or lidocaine. This could cause temporary swelling, redness, and irritation.

The technician should carry out a small patch test prior to the treatment to ensure there is no negative response.

But what about during pregnancy? Are there any specific side effects for those who are pregnant?

It’s natural to want to indulge in some self-care when pregnant. After all, your body is going through so many changes, and you deserve some pampering! But microblading is not exactly a safe treatment for pregnant women.

While there are no studies on the effects of pigments used in microblading, the chemicals they contain, or how they affect the fetus, it is definitely better to not risk the safety of your baby.

Numbing cream can help reduce pain during a microblading session, but topical anaesthetic often contains epinephrine, which is said to be linked to fetal tachycardia and cardiac problems.

Disposable and sterile needles are used in microblading but getting microblading treatment when proper hygiene has not been adhered to could result in infections.

This includes blood infections, such as HIV and Hepatitis B, that could harm the fetus.

Hormone alterations in pregnancy can also affect your blood circulation and make you more likely to bleed.

Some pregnant women also experience hyperpigmentation (melasma), which is darkening of the skin around the mouth, cheeks, and forehead.

This may lead your technician to choose the wrong pigment color, so your eyebrows may not match your natural skin tone once the melasma subsides after pregnancy.

You may also experience some bloating while pregnant, and microbladed eyebrows may look totally different once your bloating subsides after pregnancy.

How does microblading work?

The first session will involve a consultation, a numbing of the skin, drawing the preferred shape and then the microblading.

Before your microblading appointment avoid drinking coffee or alcohol, as well as not taking medication such as Advil or Ibuprofen for 24-48 hours before the procedure to avoid excessive bleeding that could lead to scabbing.

Treated brows last 1-3 years, depending on your health, the microblading technique, and lifestyle factors such as sun exposure and exercise level.

To keep your eyebrows looking full and fresh, get a touch up every year.

But avoid getting too many touch-ups in a short period of time, as this can affect the overall result and damage your skin.

Allow your brows to fade as much as possible before your next session.

Can you get your eyebrows microbladed while breastfeeding?

You should avoid microblading while breastfeeding.

This is because if you get an infection from microblading, you could pass it along to your nursing child.

The procedure isn’t likely to cause an infection or negative side effects, but the chance is still there and it’s better to be safe than sorry.

Therefore, it’s best to wait until your child is no longer breastfeeding to undergo microblading.